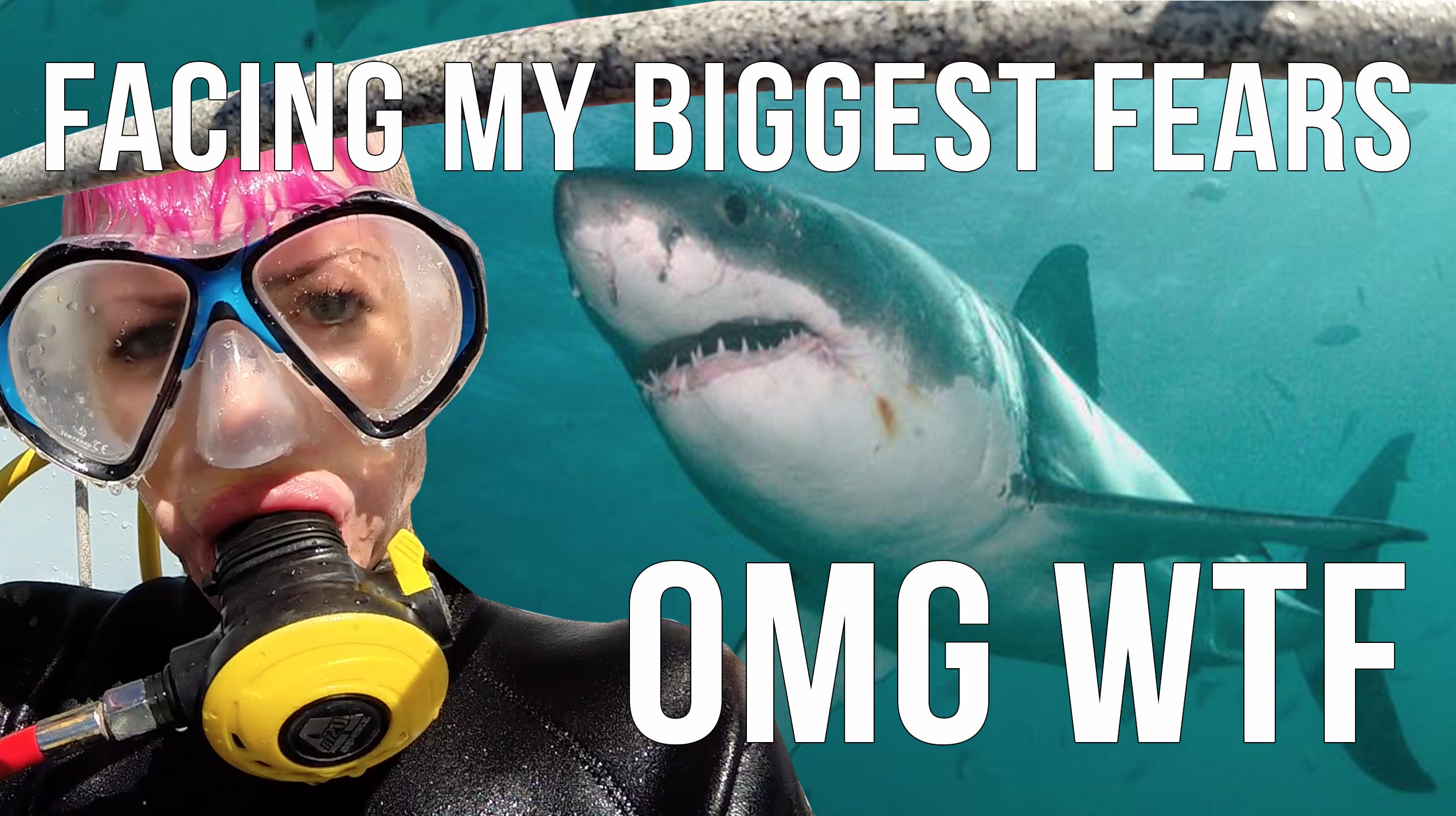 We flew to South Africa to film a wedding in the safari-unbelievable right???  It really was a crazy experience.  We spent 5 days at Singita in the Sabi Sands, that place was breathtaking!  We had our own villa with a pool overlooking a river that was visited by rhinos all day long.  The safari tours were at sunrise and sunset, we encountered so many beautiful animals- giraffes, elephants, leopards, lions, buffalo, wildebeests, hippos, rhinos the list goes on.  If you haven’t gone on safari, you should.  To see these animals in their own environment and not caged up in a zoo, it’s a completely different experience.  It makes you never want to go to a zoo again.

Since we were in South Africa we figured we would take an extra week and hit up Cape Town that was only a short flight away.  Cape Town is known for lots of adventurous activities like cage diving with Great white sharks!  Yes great white’s, the ones that made the movie Jaws famous.  This was the movie that taunted me and many others as a kid, this damn movie made me terrified of water.  Why the hell do parents let us kids watch these movies aaahhhhhhhhh

I knew deep down inside I had to conquer this fear and Jimi was on board so we booked the trip, there was no backing out.  The morning of our trip they called and said they had to cancel due to rough seas- no this cannot happen, we leave the next day and can’t miss this opportunity.  They were so nice and offered the next morning if the weather permitted, if we did it that meant we had to go straight to the airport from the dock.  Knowing how important this was for my soul we had to do it.  Thankfully the weather was good the next morning so the trip was on.

My nerves were going through the roof, we were both so excited, nervous, terrified, eek!  As we headed to Seal Island which is where you have the best chance of seeing these creatures we were joined by a pod of dolphins, holy crap it was so beautiful!  After that there were what seemed to be millions of birds in the sky- must have been lunch time in the ocean.  The Captain gave us the low down on what was going to happen and what to do- now I felt like I was going to throw up.

Jimi played it cool, he didn’t seem to be to nervous about it until the sharks started to swim by.  The guys on the boat started doing their thing to attract the sharks and one by one they came by.  The sheer size of them was staggering.  The cage was dropped in the water and when it was our turn to go I jumped in, I figured if I hesitated I might chicken out;P  I can tell you that being in the water with these sharks that swam super close to the cage was not as scary as I thought it was going to be.

It shocked me that I didn’t have an instant heart attack.  Jimi was a champ too, I think the both of us really enjoyed seeing that these sharks aren’t man killing machines.  It makes me a tiny bit more comfortable in the ocean now but that underlying fear is somewhat still there, that damn movie got me at such a young age I was scarred.  If you are in Cape Town and are up for trying something new, definitely check this out!